The Nephilim are mentioned in the Old Testament. They are described as children of the “sons of God” and “daughters of men” in the time before the Flood. Depending on the translation and interpretation of the word “Nephilim”, these beings are seen as half-human half-angels or as fallen angels. Others perceive them as secret spies of God, who study and observe what is happening on earth. Regardless of the reading, however, everywhere the Nephilim are described as huge people – giants. Are you already wondering how to recognize a Nephilim? 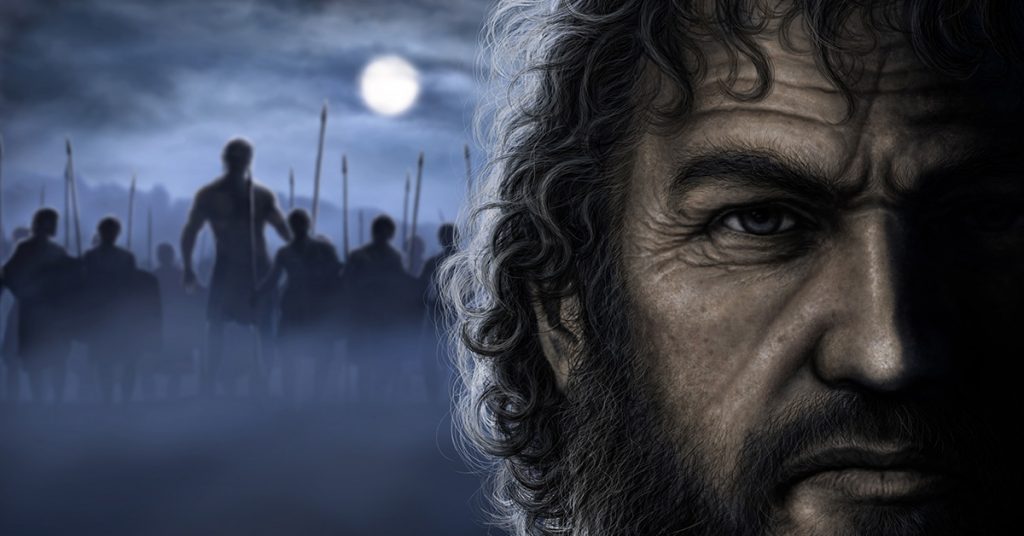 A Little More About the Nephilim

The Nephilim, translated as “fallen” or “giants,” were the offspring of sexual relations between the sons of God and the daughters of men, mentioned in Genesis 6: 1-4. There is a great debate about the identity of the “sons of God.” The most popular theory is that they are fallen angels who mated with human women and/or possessed human men and then mated with mortal women.

The alliances between the sons of God and the mortal women led to offspring, Nephilim, who were “those strong and famous ancient men”. Their life duration was one hundred and twenty years, and their old age was quick and painless.

Why Did the Demons Create The Nephilim

The Bible does not give us a specific answer. Demons are evil, deceptive beings – and for that reason, nothing they do should surprise us. As for the exact motivation, the best guess is that they were trying to contaminate the human bloodline. Thus, through defiled Nephilim blood, they would prevent the coming of the Messiah, Jesus Christ.

God promised that the descendants of Eve would give birth to the Messiah (Genesis 3:15), who would crush the head of the serpent, Satan. Therefore, the demons probably tried to prevent this by contaminating the human bloodline, to make it impossible one day for a sinless Messiah to be born. Again, this is not exactly a biblical answer, but it is possible and does not contradict anything that is taught in the Bible.

What Happened to The Nephilim

They were one of the main causes of the great flood in the time of Noah. As soon as the Nephilim are mentioned, God’s word tells us this: “And when the Lord saw that the wickedness of man was multiplied in the earth, he said, I will cut off from the face of the earth the man who I created – men, beasts, reptiles, and birds of the air, for I am sorry that I created them”(Genesis 6: 5-7).

Therefore, God flooded the whole earth, destroying absolutely everyone (including the Nephilim) except Noah and his family and the animals in the ark. At the same time, it seems that God has put an end to the intercourse of demons with humans. He threw into the abyss all the demons who had committed this act. Judas verse 6 tells us, “angels who did not keep their dignity but left their dwelling, He holds them in darkness in eternal chains for the judgment of the great day”.

Was Goliath a Nephilim

The definite answer to this question is given both by the size of this biblical giant and by the circumstances of Goliath’s death. No one had the right to kill him because he was a Nephilim. Even God did not want him dead even though he was a half-angel and yet mortal.

In the border flow described in the Bible, two Nephilim have originally encountered – Jonathan of Israel and Goliath of the Philistines. They did not intend to fight, but to negotiate on no man’s land.

David stood by the waterline without crossing it and threw a total of 5 stones. The latter hit Goliath on the head. The Nephilim went into a rage and rushed to David with the intention of bloody revenge. Stepping into the river is a fatal mistake. Despite all his Nephilim powers, Goliath slipped on the smoothed wet stones and fell on his sword, which slit his throat.

How to Recognize a Nephilim

The Nephilim are huge. They have power far beyond human capabilities. They are usually brutal and tyrannical. They make men work hard and at the same time possess their wives. However, no one even thought to resist or rebel – it was pointless.

Because the Nephilim often have excessive physical strength, people often, despite their cruelty, admired them. When mortals meet a Nephilim, they constantly pray to the gods to appease his ferocious temper.

If you are wondering how to recognize a Nephilim, follow his height. This is one of the most noticeable principles that you are dealing with a giant. Goliath’s height, for example, was 6 elbows, and Gilgamesh’s was 11! According to the calculations of scientists, 1 elbow is equal to about half a meter. In other words, Nephilim are creatures about 3 meters tall.

The Nephilim are kind of weird – not exactly a separate race and not exactly superhuman. They live much longer than ordinary humans. They have wings and possess some superpowers. With these powers, they command several other races of lower-winged creatures.

Nephilim are much older, much richer, and have been spying for centuries. It is unclear why God left them to exist. Nowadays, the Nephilim are in serious decline. They degenerate genetically.

With each succeeding generation, human genetic inheritance grows stronger at the expense of the angelic one. Thus, their life expectancy today is far below the former 120 years, but they still live much longer than ordinary people, thanks to their Nephilim blood.

Scholars believe that there was an ancient Nephilim language that became the ancestor of a certain group of modern living languages, as well as language families. Linguists tried to reconstruct it, and it turned out that the scientific community accepted the Nephilim language as an Indo-European proto-language. It is the source of Indo-European languages, which were later divided into many subgroups. How to recognize a Nephilim? Look among the representatives of the Indo-European people and you may find your answer.