The archangels are the leaders of the guardian angels. They are usually bigger, stronger, and more powerful. But, how many archangels are there? The various religious systems list four, seven, or an infinite number of archangels.

Archangels do not belong to a particular religion. They help everyone, whether they are followers of faith or not and they can come to each of us – separately and simultaneously. They exist beyond the limitations of space and time.

The exact number of archangels varies depending on the religious system or the sacred text. In the Bible, the Koran, the Gospel of Levi, Kabbalah, the Third Book of Enoch, and in the writings of Dionysius the Areopagite, various numbers of archangels are named and described. How many are there? Three, seven, even nine – all are right answers.

It is enough to say that there are many archangels, but the most frequently mentioned are Michael, Raphael, Uriel, and Gabriel. Since angels and archangels do not have physical bodies, their “sex” refers primarily to their energy and specialization. For example, Archangel Michael possesses the mighty power of a protector, which is a very masculine quality. Joffiel loves beauty, which makes her very feminine. Learn more: What Is the Difference Between an Angel and an Archangel

How Many Archangels Are There?

Number of archangels according to the cardinal points of the Earth

God has appointed four of His archangels who are responsible for the four cardinal points of the Earth. They direct their energy to help people and balance different parts of their lives harmoniously. These angels are known as the “Archangels of the Four Directions” or the “Four Corners” or the “Four Winds”. These archangels are Uriel (north), Michael (south), Raphael (east), and Gabriel (west).

Number of archangels in the Bible

According to Christian teaching, the archangels stand before the throne of the Lord and sit on the battlefield. These are Michael, Gabriel, Raphael, Uriel, Salathiel, Jehudiel, and Varachiel. Archangel signifies an angel of high rank.

Archangel Michael, who is very close to God, takes the first place in front of Him. No matter how many archangels are there, Michael is always first in their hierarchy. The Bible refers to him as “the leader of the Lord’s army.” Under his leadership, the celestial powers defeat the devil. He is often painted with a flaming sword and spear, with which the devil is pierced.

The other main archangel, regardless of religion is Gabriel – literally “the power of God”. He is known as a messenger of the mysteries of God. He informs the Virgin Mary of the forthcoming longing for the Birth of Christ. He’s depicted on the northern path of the icon. Gabriel is one of the shield-bearers illustrated on the coat of arms of the Russian Empire. 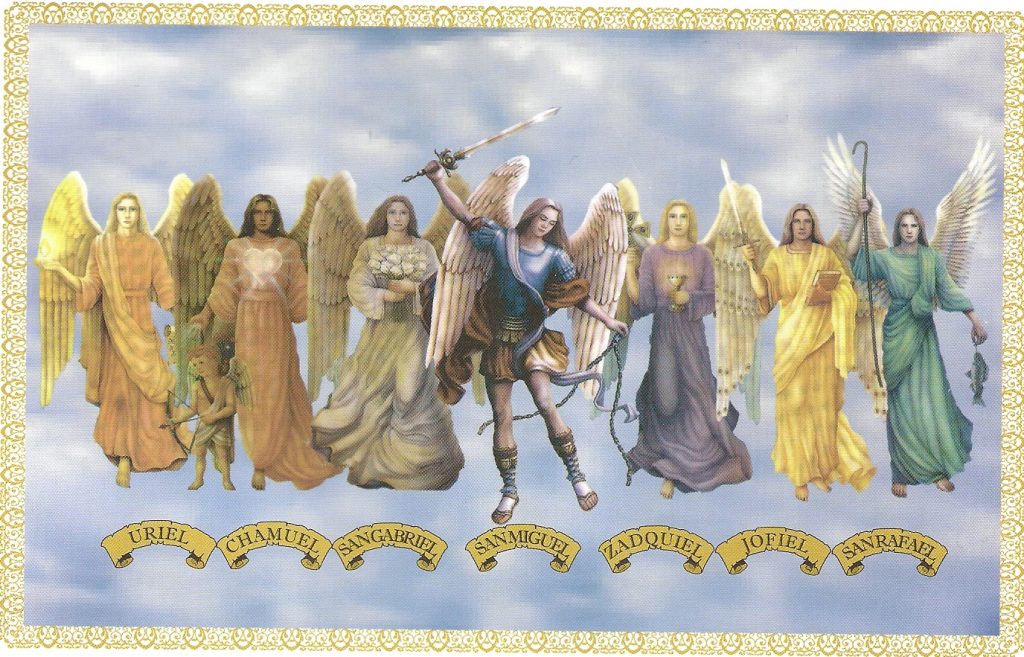 In addition to the many angels, God created some archangels to serve directly under His control. According to this criterion for how many archangels are there, they are three. These are the archangels, including Lucifer, who had a position and greatness similar to the other archangels, but their power was very special.

Spiritual beings did not have free will and were only able to obey God. The exceptions were these three archangels, who belonged directly to God. They received human traits and free will. God created them to have humanity and to share the love with him.

Archangel Lucifer (whose name means “bearer of light”) is a controversial angel who, according to some, is the evilest living being in the universe – Satan (the devil). Some believe it is a metaphor for evil and deception. Others believe though that this archangel is characterized only by pride and strength.